Ashish Thakkar and his achieves has spread greatly to crown him one of the most formidable forces in Africa. In 2012, Ashish Thakkar was appointed a Young Global Leader by the World Economic Forum (WEF) in recognition of his success and leadership in driving social and economic change in Africa. Ashish advises several heads of state in Sub-Saharan Africa and is a member of the World Economic Forum’s Global Agenda Council on Africa. In 2015, Ashish was appointed Chair of the United Nations Foundation’s Global Entrepreneurs Council. At Mara their core purpose is to be game changers in all they apply themselves to, with a positive social impact. Do Good and Do Well, famously uttered by Ashish Thakkar,

Youngest Billionaire in Africa saw the release of the “Maraphone” a smart phones aimed at the middle income bracket with most of the features of the latest trending handsets available. Mara X and Mara Z proudly wears the badge of a proudly African made mobile device, powered by none other than Google itself.

These handsets can be found on the Maraphone website 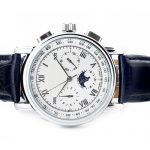 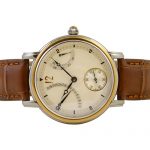